Posted By politisktinkorrektpappa on Sep 9, 2017 | 0 comments 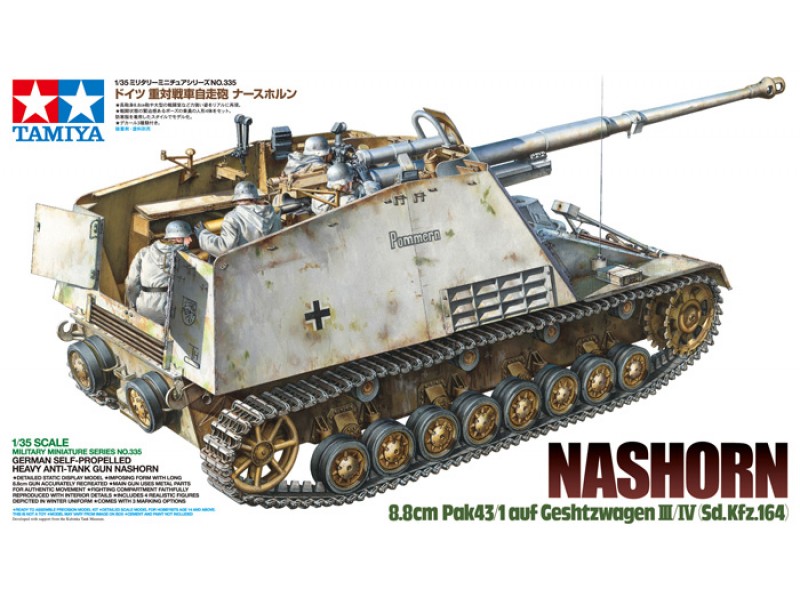 This is a kit that shows how Tamiya is the gold standard in plastic scale models because not only is the kit very detailed and interesting to build, the quality of the sprues is amongst the best I’ve ever seen!
No flashing, very discreet part lines and marks from the ejector pins – and most importantly – the fit of each piece is fantastic!
5 out of 5 for build quality!

This is a fantastic kit to build and the skill level is not too high but it’s perhaps not for the absolute beginner. Zero putty was required when building this kit because the fit was so perfect, but dry fit the outer panels together before gluing up because it’s a tight fit to assemble the rear panels if left until last like the instructions says. If done correctly there are no gaps whatsoever between the panel pieces, nor the hull. Thank you Tamiya for showing what great quality is!

The kit includes one sheet of decals so you haven’t got much to choose from with regards to numbers etc, but you’ve got three different unit markings. The kit also includes a colour print of suggested paint schemes – and this is something I like that Tamiya have started with. Sometimes it’s nice to have some inspiration and if you’re making a specific vehicle this is very useful. Myself use these colour prints purely for inspiration but some of them are so good I’d like to have them framed!

There are no PE parts in this kit but honestly, the kit is of such high quality that the plastic details is pretty damn good. Perhaps there are a few things that could’ve been slightly improved with some PE parts, but with added paint and weathering I doubt anyone would notice such modification.

The barrel is a separate slide moulded piece so no sanding of annoying glue lines here, but there are ejector pin marks. This is unavoidable though and they are easy to remove.

It comes with rubber band tracks, which some hate and others like. I want all my tracks to be “working”, although I sometimes glue them down, but not to create extreme sag on the tracks because that’s not how tracks works in real life! If the tracks are as sloppy as many modellers make their tanks to look, they’d fall off at the first turn. The tracks were kept stretched in order to keep the tracks where they should be. If one of the tracks came off in combat the crew had no chance to fix it. They had to abandon the tank in order to survive which meant that they had to destroy the tank before doing so, hence why I never have saggy tracks on my scale models. I might put Friulmodel tracks on this model but the supplied tracks are pretty descent so we’ll see…

As I said earlier – this is a Tamiya gold standard scale model if you ask me and it was pure joy to build!

The supplied figures are of great quality too, and their poses are great for making a good diorama, and since the kit comes with plenty of ammunition you can make an action filled scene!

When it comes to the assembly instructions there isn’t much to say since this is a Tamiya kit. They have the best instructions if you ask me! They must have a separate department just for making the instructions, and the images, whereas other manufacturer just export some 3D model images and call it done.

So if you’re looking for an intermediate kit that requires little frustration on your part, and a scale model that’s ready for an action scene on a diorama, this could be the kit for you! Very reasonable priced too considering the quality of the kit. 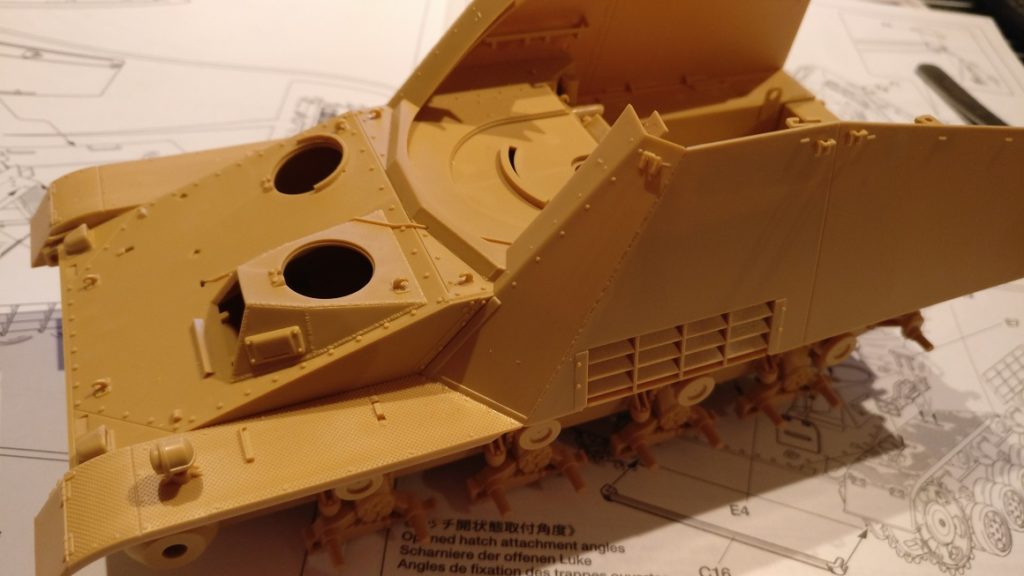 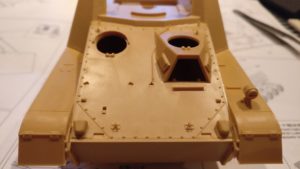 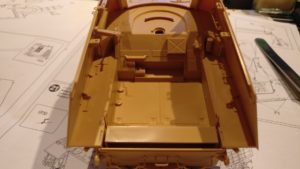 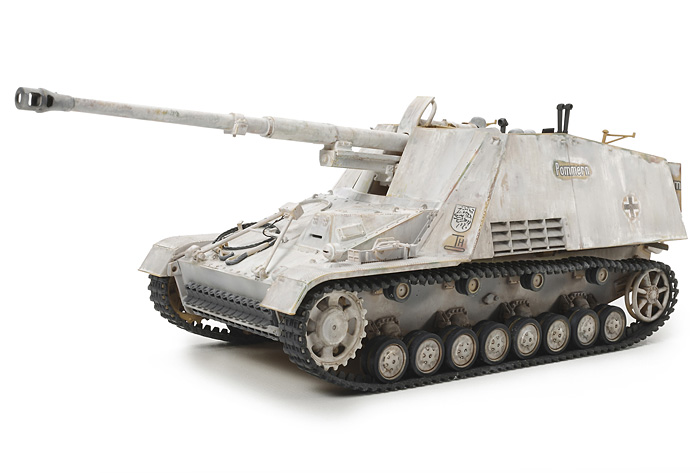 The self-propelled heavy anti-tank gun Nashorn packed a formidable punch courtesy of a mammoth 71-caliber 8.8cm Pak43/1 gun which was one of the largest on the battlefield in WWII. The vehicle was developed in all possible haste after the German Army had the unexpected surprise of meeting such overpowering opponents as the T34 and KV-1 upon its invasion of the Soviet Union. The recently-developed III/IV vehicle was used as a base for the Pak43/1 gun, which was capable of destroying enemy tanks from great distance. Top road speed was 42km/h thanks to its relatively light weight of 24 tons. While deployment started in July 1943 under the moniker of Hornisse, it was given the new Nashorn designation from January of the next year, reportedly at the command of Hitler. 439 units were produced up to March 1945, and they served on both the Eastern and Western Fronts, providing heavy firepower for German forces. 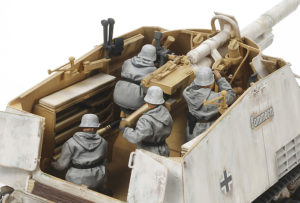 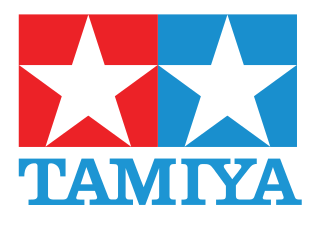