Posted By politisktinkorrektpappa on Sep 11, 2017 | 0 comments 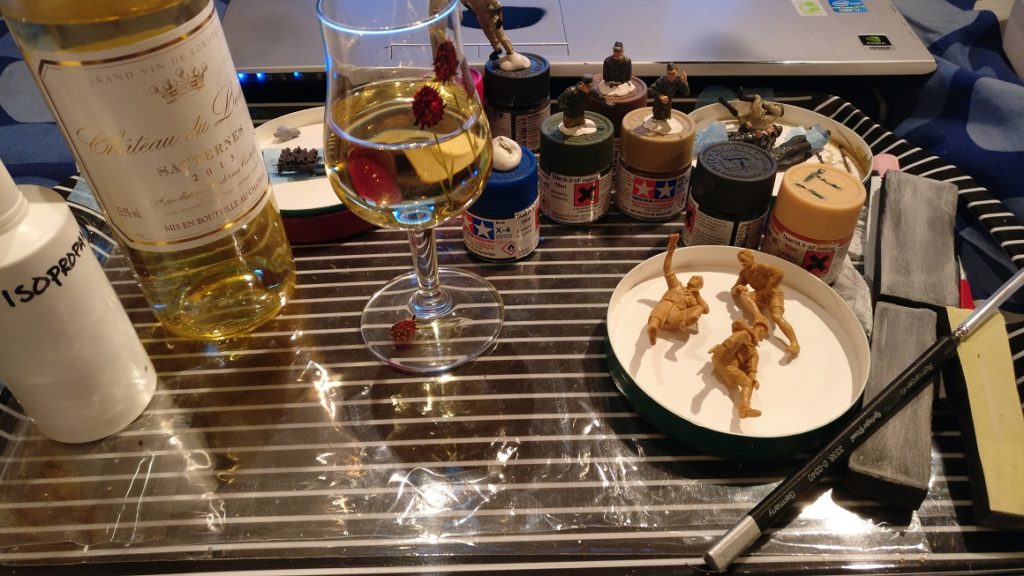 So what’s “On the bench” then?

Well, it’s my kind of modelling diary. I partake in a couple of forums and other places to meet and discuss on the internet but none of these places have a section for “diary” type of posts. Another large forum, which I’m also the admin, has an diary area where people can write about their activities. Most of it is directly about the subject – in this case scale modelling, but it can also contain other things that’s currently happening, and something deemed interesting for others to read? This section is mostly going to be about my endeavours in scale modelling but it might sometimes steer off to other areas, like electronics, or other ways of creative activities. Not everybody is going to find this interesting, but it’s not exactly obligatory reading 😉

We had such a disastrous summer that I did almost nothing but modelling. It kept me from going insane since the weather was so abysmal and crap. This is when I would’ve appreciated an online scale modelling diary. Where there were no such place I started thinking about writing about scale modelling on my normal channels but they are a bit too far from the subject and it would possibly just make it confusing for my readers, hence why I made this place. Here I can write what I want about scale modelling and since I’m reviewing every kit and product I buy, I might just as well post them here instead?! It makes it easier for me to keep track of what I’m doing, and I don’t have to follow someone else’s rules and regulations. (yes, I’m often very honest about my opinions… 😉 )

So why am I doing scale modelling then?

Quite a few years ago I was in an accident. A bad accident… I fell down some stairs and landed badly. A fractured pelvic bone and a handful of compressed/dodgy discs was the reward. A long battle to find a hospital that would even look at me started and it took years before I found a surgeon that believed me – and at this time I’d been stuck in a wheelchair for 2.5 years and I was no longer able to work. Both pain but also total lack of creativeness – which is kinda needed as a technical expert in embedded software development for the telecoms industry. This was not the best situation for someone in charge of quality so I had to take a sick leave, which never ended. Today I’m retired. I have had surgery and I walk again – but there’s a lot still broken and there’s more surgery to be done. Spinal surgeries are complex and take an awful long time to heal so I spend long periods in bed. This is where I found scale modelling the perfect outlet for creation and a bit of happiness in life! 🙂

Having nothing but time I quickly bought another kit, and another five, and soon I’d bought over 20 kits and a couple of figure sets – and I realised that I was happier than usual and, in a funny way, having less pain every now and then? Scale modelling is therefore the best form of therapy I can think of – and it’s such fun! (unless you realise you’ve bought a wonky kit…)

I also paint in bed, as you can see, and I’ve build a portal spray booth that works great, but I had to replace the cellulose thinner to isopropanol because it gave me bad headaches… funny that? :p

My main area of interest is the German WWII tanks (like so many other modellers), and I especially am really impressed by the German engineers and designers who were able to make engineering marvels long before anyone else had even begin to think about those engineering techniques. Some of the inventions they did are still revolutionary today and not fully understood. Therefore it’s understandable that I often research, and dream away, about those ideas that were never fully implemented, or perhaps never left the paper stage. Luckily I’m not alone and there are plenty of kits out there with these so called “paper tanks”! Some of them are just too much of a fantasy and those I don’t really care for, but there are also those who are more than plausible and those I try to get hold of! Some of these kits I change so they reflect what I think is more correct than suggested, but I will also happily admit that in the end it’s all about having fun and creating with your hands – and it doesn’t have to be 100% exact! I’m not a rivet counter if you know what I mean – but I do verify details and will challenge many things.

This means that there will be way more German WWII scale models than anything else and that’s my homage to the engineers and designers who made these contraptions back in the 40’s. I on the other hand have absolute zero interest in the German war machine – or any war machine for that sake, just to be clear. For scale modellers this doesn’t have to be explained, but it has to be mentioned for others to understand because I don’t wish to be called things I’m not. I’m not going to lose any sleep over it though… I’m too old for that 😉

That’s a bit about me, what this is and why this is. I hope you’re going to find something you like here?! I more than welcome comments and suggestions and I hope to help others out there having fun being creative! If you’re a beginner scale modeller then please ask away and I’ll help as much as I can where you need because this is a fantastic hobby – whatever your angle is!