Posted By politisktinkorrektpappa on Sep 13, 2017 | 0 comments

The mighty King Tiger, with full interior, from Takom

This was a kit I was really excited to build, almost too excited, and I sat for weeks trying to plan how to execute it. I decided early on to upgrade the tracks to Friulmodel ATL-16 and although expensive, I think it was worth it. I do like tracks to be “working”. I’m not a big fan of rigid, glued links.

Anyhow, I pressed “order” on my favourite online store, payed the money and the next day I picked it up at the local post office – ready to build!

I’m not big for “unpacking” videos and such but the box certainly contained a pile o’ sprues! 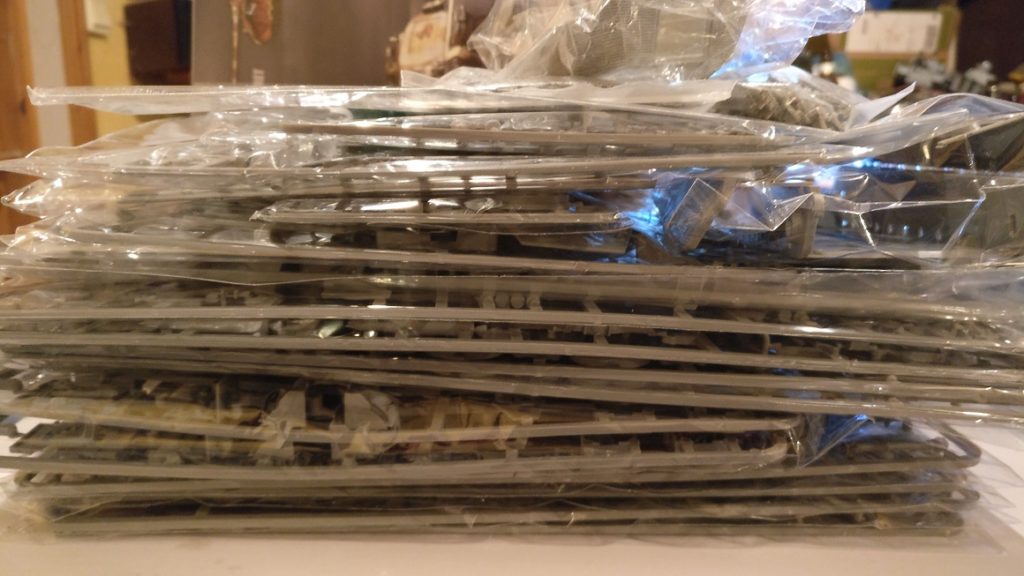 The quality of the sprues were great. Not a lot of flashing and the little there was is easy to clean. At first I wasn’t sure about the plastics Takom are using because this was my first Takom kit, but after gluing a couple of parts it behaved just like any Tamiya plastic so there was no need to worry, but it is a somewhat softer plastic…

I’d read a couple of comments on forums and similar that some people had received warped hulls. The bottom hull to be precise, and this had caused some issues later down during the build. Mine was flawless although the upper hull was somewhat bent. 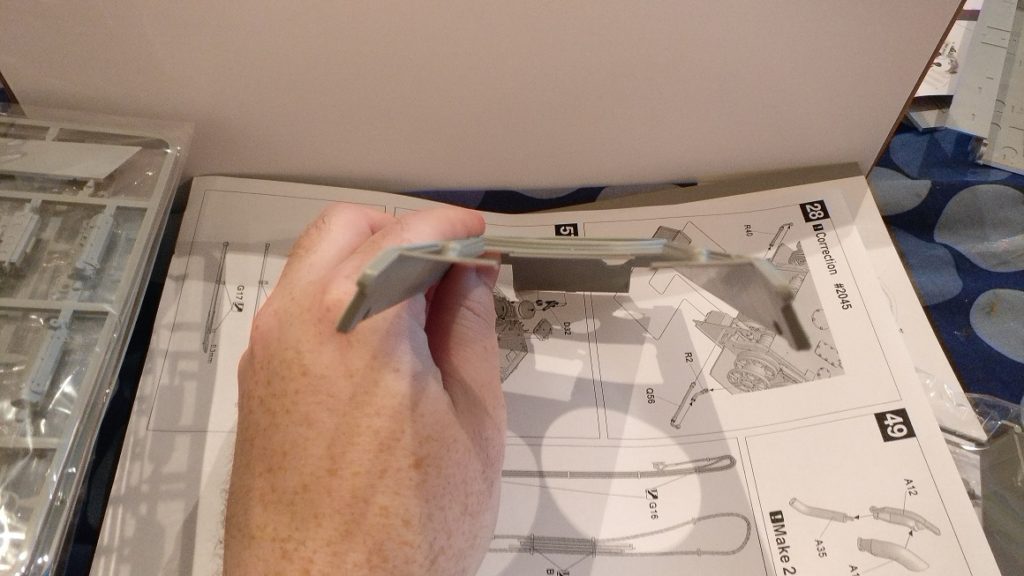 This wasn’t an issue though since you’re building up the engine deck, and supporting it with the lower hull, but if your hull parts are bent try to rectify it before you continue.

One thing you have to be careful with, and something that should be more carefully described in the build instructions, are the two inner pieces that builds up the inner wall to the correct thickness will cause the torsion bars to sit slightly bent, which will make the drive sprockets and road wheels to be unaligned. See picture below which pieces I’m talking about. 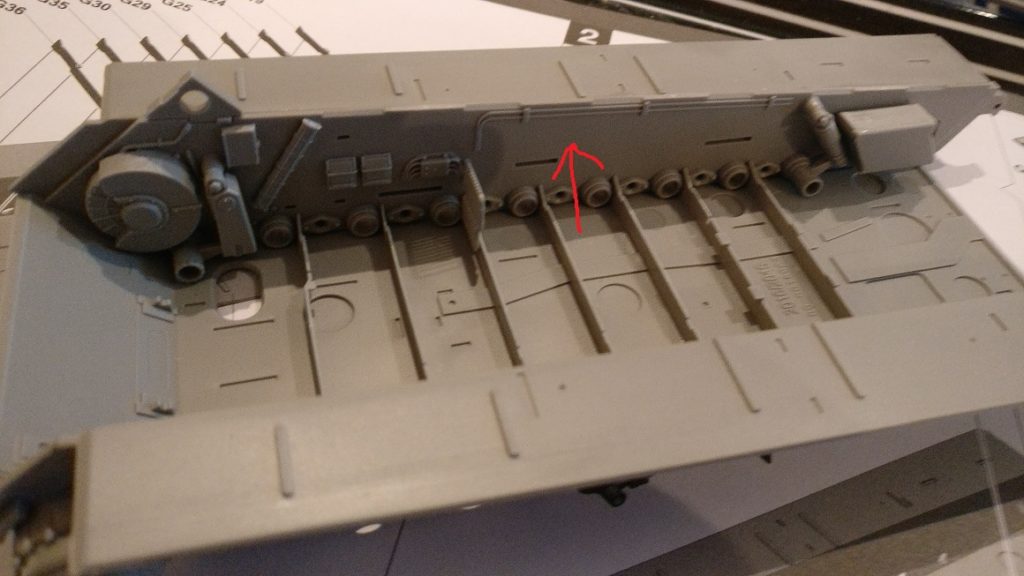 I actually made a tiny error here and had to drill out the holes for the torsion bars, but only 0.5 mm or so. Others have had major problems with this.

Be careful and you won’t have the same issue.

The engine, and the interior, are pretty straight forward but dry fit each step prior to gluing because many parts can be glued slightly wrong – and there’s a lot of parts that’s needed, so one minor issue will cause the whole module/section to be off. Take your time! 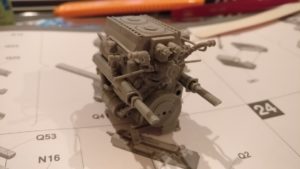 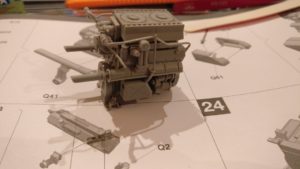 The most complicated part was the turret basket and the gun. Lots of small parts and all need to line up exactly. Dry fit, be careful and you’ll be alright.

I did experience a few bad glue joints whilst building the gun assembly and I had to break out the putty. Not the last time either building this kit, but that was almost expected when trying to put together so many pieces! 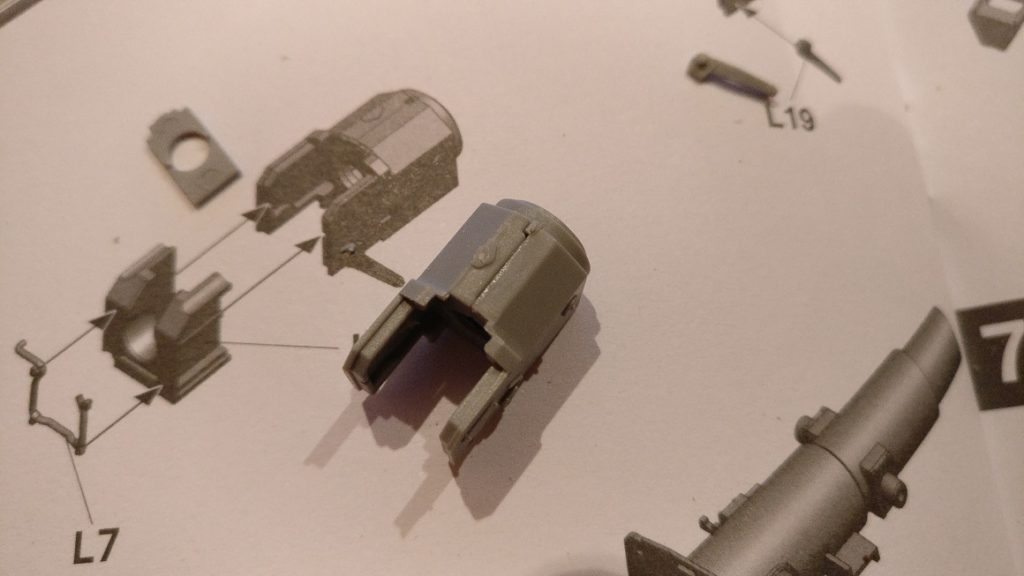 The instructions are the only are for complaints. Compared to the golden standard – Tamiya, these instructions was sometimes really hard to follow. They’re just rendered 3D images and not technical drawings so any parts that was obscured you had to guess where they went. This is a cheaper way of making instructions, but for such a complicated build as this they could’ve improved some areas for sure. Plan ahead and dry fit! 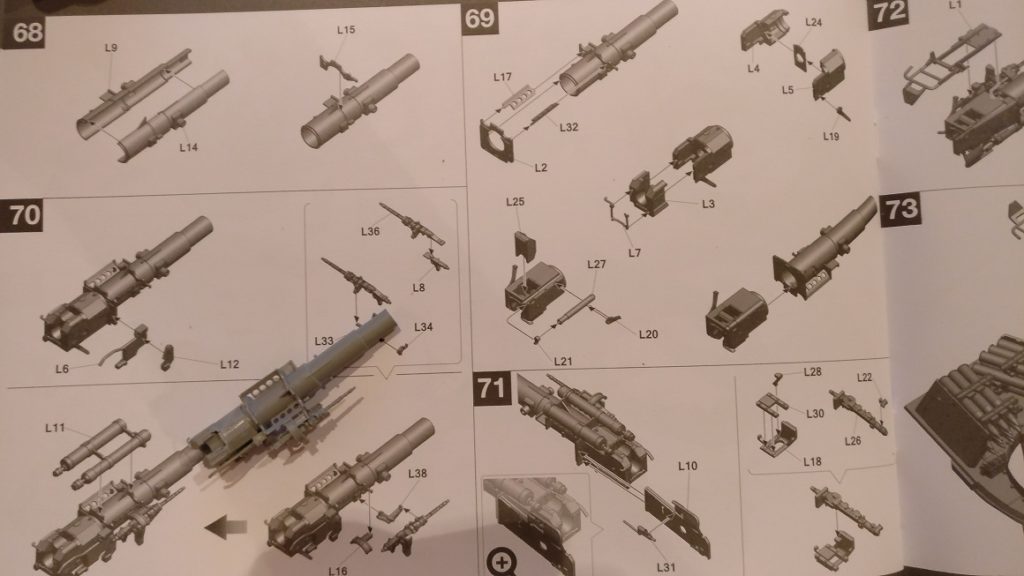 It quickly gets crowded in the lower hull and turret so make notes in the build instructions when you stop for primer and paint! Otherwise you are in for a complicated paint job down the line… 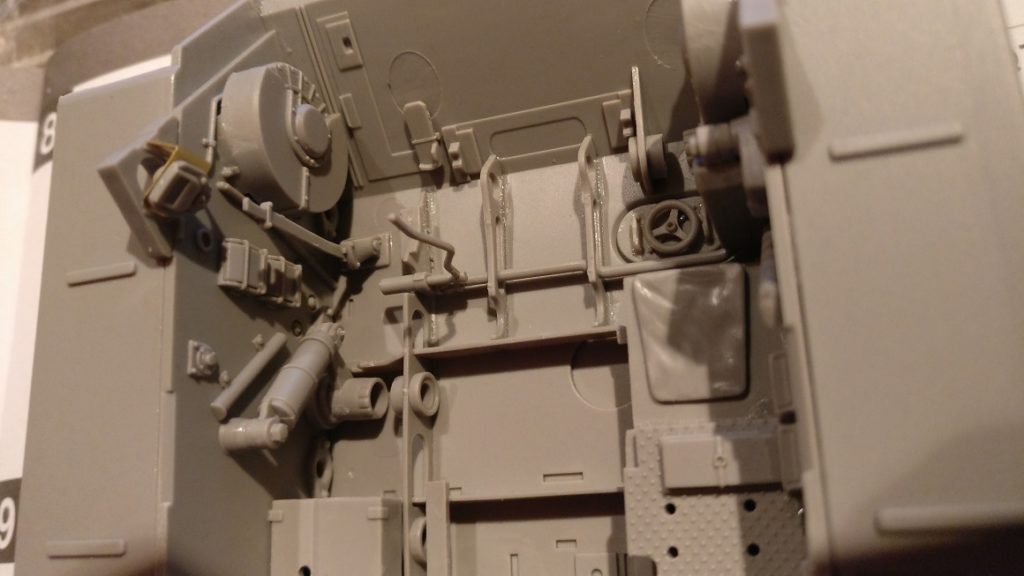 Speaking of paint job, Takom has yet again teamed up with Mig Jimenez to create the different paint schemes that are suggested.

These colour images are fantastic and very inspirational but look more like pieces of art rather than real tanks on the line… Still, fantastic paint jobs!

I decided to try AMMO of Mig paints for the first time on my King Tiger and that’s a story in itself because it gave more than a simple headache, but that’s for another review. I can say though that AMMO of Mig does not dry in humid weather, and if you’re a Tamiya paint guy/girl you’re in for a shock.

Over all the Takom King Tiger Pz.Abt.505 is a fantastic kit! The zimmerit is the best I’ve seen so far and if you like details and interior – this is the build for you!

The downside is that if you make a minor mistake somewhere – which is more than easily done on such a complex build, you will face problems down the line – when all the glue has already set, and you’re in for some surgery… That’s why I’m repeating the “dry fit first” mantra so many times here because it’s important in the end!

Another negative opinion is that some parts seems to be separate just for the sake of it. I love detailed and complicated builds, but many parts didn’t have to be split up in so many tiny pieces.

The PE is excellent quality and just about the right amount. Decals are crisp and clear and was a joy to put on in the end.

Sadly I haven’t got a picture of the finished build to show you, and this is not something I normally will use in the reviews, but it’s autumn and the AMMO of Mig paint simply refuses to dry… sigh.

So what’s the verdict then?

From a detail point of view I can only give it full marks! Well done Takom!!! Sadly some alignment, and fit issues, that wasn’t on my part were a bit frustrating at time, and it didn’t exactly help that the instructions were like they were… Many pictures contained elements of user interaction – like it’s just a printed pdf – but when searching for said pdf on Takoms website there was none to find. Takom, please include a link to a pdf download in the future. Many times I was sat there with a magnifying glass trying to work out where to assemble certain pieces. Having a digital copy – where you could change the contrast and such when needed – would’ve made my life a lot easier!

The sum of everything makes a total score of 3.5-ish out of 5. Sadly my review system can only handle full numbers so it’s going to have to be a 3 or a 4…

…but the kit made me feel like a little boy on Christmas eve when I first opened it and that’s worth more than enough to push it up to a 4! 🙂

I’ve since built quite a few more Takom kits and that says something. 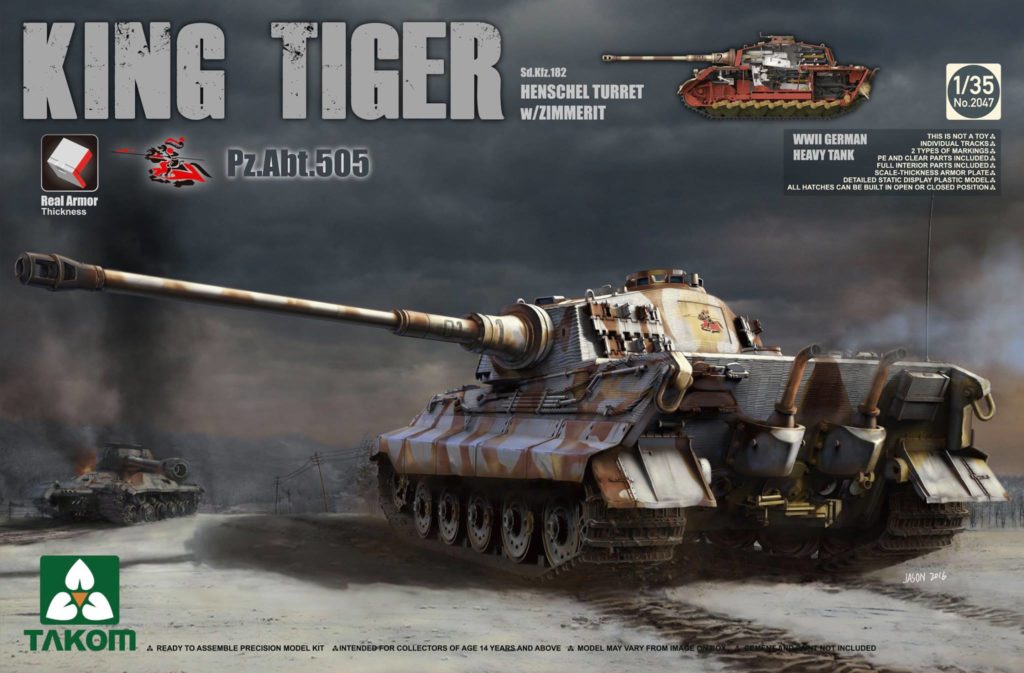