Posted By politisktinkorrektpappa on Sep 30, 2017 | 0 comments 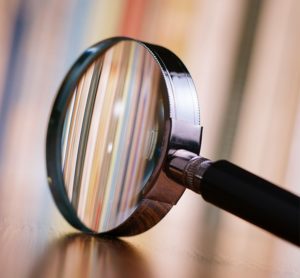 How to maintain a hobby when the post office is losing your models – and then refuse to refund the costs?

As I wrote a couple of days ago I’ve been having major problems with the company that took over the Swedish post office a couple of years ago – PostNord. I’m not alone in having these problems and they are a recurring headline in the evening news, and this not for their excellence but for their constant failures. Not getting the bills delivered is one thing because that doesn’t really cost me any money – but when they repeatedly lose your packages – that you’ve paid for – and the categorically refusing to refund the costs due to PostNord reclassifying the packages as “mail” when imported is a shady and criminal practise!

I’ve heard of too many small businesses that have gone bust due to this and PostNord is just shrugging and saying nothing.
We shouldn’t be too surprised though since the Swedish government isn’t asking for who can deliver the best contract with regards to quality and precision when they’re selling the old institutions – they’re always selling them to whoever can do it the cheapest, and that can only mean that the quality of service is going to suffer. Still I’m not going to accept this because in my world my mail is as important as my bank accounts or they should be treated with the same level of security! This is how it works in most developed countries, apart from Sweden… sigh.

What makes it even worse in this particular case is that one of the three packages was incorrectly set to “delivered” instead of “returned” so when I tried to explain to the seller what had happened he thought I was trying to scam him?! That would be such a dick move in the modelling community that I can’t even begin to think anyone would do it – at least not me!, and now there is one seller who thinks I’m a scammer 🙁

It hurts even more when it was a rather expensive model that is hard to find at a reasonable price – and I was going to enter it in the C4-Open competition on the 28:th of October and this will obviously not happen now because my model is somewhere on its way to China right now and I don’t know if I will ever see it. I fully understand the seller who thinks I might be scamming him because of my story.

My experience of the modelling community is that it’s one of the most friendly and honest communities out there and it’s more or less unheard of with people trying to scam others? (ok, apart from Squadron though refusing to respond to my emails regarding my dodgy Haunebu II kit – but they’re a company, not a hobby modeller)

On a positive note I received three scale models today – but I almost lost these ones too since PostNord yet again managed to “forget” to notify me that they’d arrived and it was only by pure luck I found out that one of the items had arrived at the post office. Whilst being there I asked about the other models, that were sent by the same seller at the same time as the one they had, and guess what – it was marked as “delivered” and thus no notification was sent out. The girl at the post office found them when searching for the one we knew existed today. Anyone still wonder why I’m a bit upset?

Anyhow, I’ve now got a Jagdpanther II and a E-100 in 1/35 scale from Amusing Hobby, and a VK4502 (P) Hintern in 1/35 scale from Hobby Boss sitting here on the desk next to me and I love all of these “perhaps” and “what if” German WWII prototypes and I try to collect them all!
Most of them are really well made too and it allows you to do as crazy paintjobs and dioramas as you want because they all are pure imagination regardless on how you look at them! It’s a shame that Takom cancelled their Landkreuzer P.1500 for unknown reason but it would’ve looked fantastic next to the Landkreuzer P.1000 Ratte they already released – and that’s obviously already in my stash. I’ve bought two to be honest… 😉

Finding 1/144 scale figures is a much trickier task, and the ones I’ve found that could work haven’t been manufactured for quite some time and a small kit of 8 figures costs as much as a high quality 1/35 scale figure kit – if not more?! I wish I was artistic enough to scratch build 1/144 scale figures that were realistic enough to work, but I’ve not even attempted to start such a task because I know it’ll make me frustrated. I also wish Takom could sell the 1/144 scale Maus that’s included in the Ratte kit separate, but they don’t. I want to have a whole swarm of Maus around my Ratte and make a rather silly diorama, but I’ve hot four Maus and that’s going to have to do for now.

I’ve also made scale drawings of a 1/35 scale Ratte that I plan to scratch build at some stage and the Ratte is 100 cm long (1 meter that is!!!) in 1/35 scale! Impressive for sure! 😀 A huge task though and I think most of the construction will be made out of wood to make it stable and strong. It’s also a cost issue because it would be quite expensive if I build the whole thing out of Evergreen polystyrene, let alone finding 100 cm long sheets of 3 mm card? I don’t even know if it exists and it’s not a project you’d want to build out of smaller pieces from a strength point of view.
But it only exists on paper, or in Autodesk Inventor, yet and it’s going to take some time before I will start it. It’ll take a few months to finish for sure because more or less everything will have to be scratch built.

I hope you have better luck with your post office because ours are a joke that should be banned from running a business right now!