Posted By politisktinkorrektpappa on Oct 4, 2017 | 0 comments 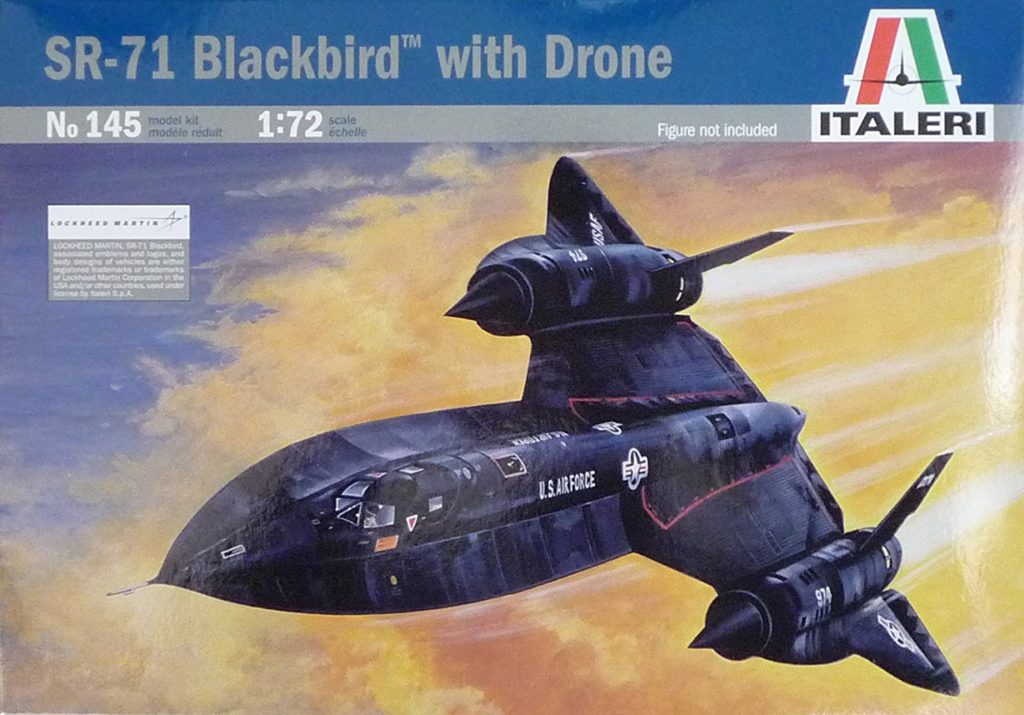 One of the most exciting air planes ever built is the Lockheed Martin SR-71 Blackbird and very few come even close to the achievements that were made with this masterpiece of engineering – not just whilst flying it but designing and building it! This was done before we had computers and those responsible for the design truly knew what they were doing. Still holding the current world (air) speed record with official speed of Mach 3.3 in 1976, and unofficially Mach3.5 whilst evading a missile over Libya in 1986.
It was in active duty until it was retired in 1998 by USAF and in 1999 by NASA, although it was initially retired in 1989 but only to be reactivated in 1993, but at a very high costs due to the SR-71 uses really specific fuel for example that had to be manufactured once again by a subcontractor. It would be impossible to fly a SR-71 today even if we wanted to since we couldn’t start one up due to not having any fuel nor any other consumable or parts. 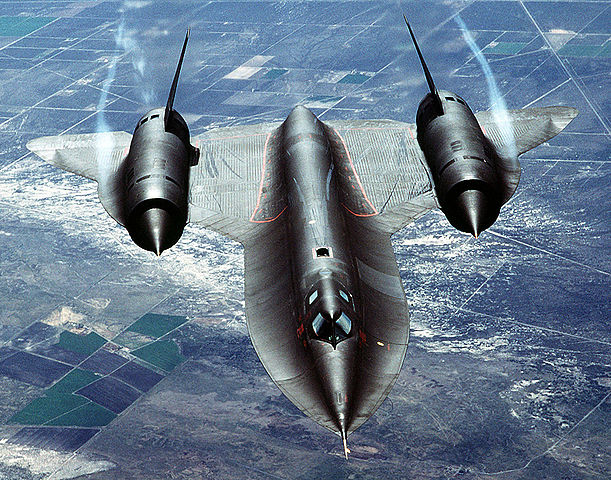 With such a legendary air plane you’d think there would be loads of kits out there in bigger scale but there isn’t.
There is a Testors SR-71 in 1/48 scale that had its last rebox in 1998, but these kits are really rare and fetch a hefty price on eBay. There are virtually no other kits apart from a few smaller ones, like the Italeri 1/72 kit that is under review here.

The Italeri Lockheed Martin SR-71 Blackbird, No. 145 1/72 scale was initially made in 1985, and then there were a few variants like the YF-12 “The Thing” or the YF-12A Interceptor, based on the same kit but with different parts. Nobody made a high detail version of the SR-71 to my knowledge and Italeri was the last one to produce a SR-71 in 1/72 scale.

I really wanted a 1/48 scale for a project but I felt it was too expensive for an old kit you didn’t know how it had been stored for the last 20 years, so I decided to grab this kit and see what I could do with it?

Modern kits today are often super detailed and with a quality we couldn’t even dream of 20 years ago, and this is fantastic for us modellers! It makes it tricky though when we have to use such old kits today and we still expect to build a highly detailed kit, and this is where the aftermarket scene comes into play. There’s no shortage of SR-71 parts in 1/72 scale and you can get brand new photo etch parts, resin parts and conversion kits and decal kits for several famous planes. There’s no aftermarket bodys though and this is where your skill as a modeller is really tested because the body/hull in this kit is very basic – and don’t even get me started on panel lines etc… Like I said it’s very basic, and for some reason the panel lines are not the same on the front part and the rear section. Why this is I don’t know but one of them is from an older injection mould for sure and it was kept to save money I guess?

One part of me actually thinks the scale model manufacturers should stop selling these old wonky kits because there will be a lot of disappointed people buying these and I especially worry that first time builders are going to pick up one of these old kits just because they’re cheap – and then base their whole first scale modelling experience on something that’s not on par with what we’re used to see today?
At the same time I can also appreciate some of these old kits, like some of the (and I write “some”) 70’s Tamiya kits that are pretty descent for being made in 1975, but I think they are easy to count, the good ones that is.

I didn’t take any photos of the sprues simply because it was for a radical project and I had no intention to write a review for the kit at the moment, but since I’ve only reviewed tanks so far, apart from a diorama kit and a couple of figures, I started writing this review hoping to raise the question about keep selling old kits or not – and even perhaps making people aware of the fantastic SR-71 Blackbird in hope they start asking for new kits so that one manufacturer decided to make a modern, highly detailed kit!
I can tell you though that there was a lot of flashing that had to be cleaned and Mr. Putty had to assist during assembly. Also his friend Mr. Sandpaper and Mr. Scriber were called in to help Mr. Putty in his task!

So what’s the verdict then for this old and a bit wonky kit? Well, it’s an out of box build, no aftermarket parts nor anything scratch built, just follow the instructions, minus the decals because I’m doing that with other decals and my airbrush using templates.
The kit comes with four decal options, covering the SR-71A Blackbird (2 variants), SR-71B Blackbird and Lockheed M-12/D-21. 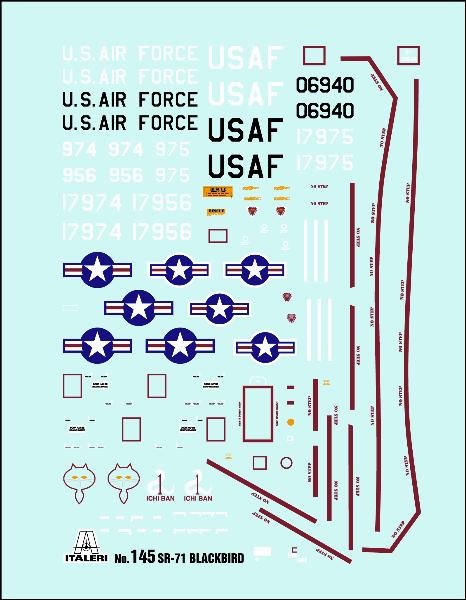 I can’t show any pictures apart from a few dusty “in progress pictures” because the project is still kind of secret for now, but it’s easy to choose which kit to use when there’s only one available on the market, unless you start paying silly money. It does look like a SR-71, there’s no doubt what plane this is – but I had to sand off all the panel lines, I just had to because they were just too wrong. Pretty standard for an 80’s kit though so I’m not being negative, just stating the facts. Also a real SR-71 Blackbird has no panel lines if we’re going to be honest. Well, it has some lines on the wing, but that’s by design. The rest is made up of square titanium sheets cleverly designed, and it almost looks like it’s been built by an intern when standing on the ground because it has to compensate for the material expansion when flying fast at high altitudes, so whilst taking off it actualy leaks fuel as a sieve and it has to be refueled as soon as it’s in the air.
Some parts doesn’t really fit that well and will require some surgery and tweaking to align and fit, but that was often common with these old kits. Mould marks and ejector pin marks is something you have to take care of when building this kit too. 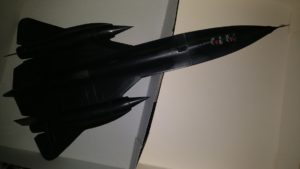 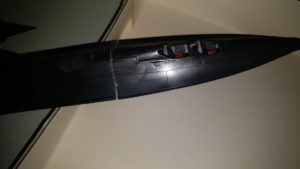 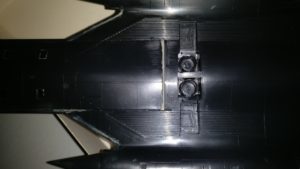 Sorry for deviating from the model onto the real world all the time but this is such a magnificent plane that deserves all the background stories and data in order to fully appreciate the scale model!

Anyhow back to the model. The Italeri SR-71 is a wonky kit from the 80’s, there’s no other way to put it. It’s also the only 1/72 kit I know of that is readily available at a reasonable price – but I’ve got nothing to compare it with, sadly. Please change this!

I don’t think this kit was considered “high detailed” even back in 1985 when it was designed so I don’t think anyone is going to hate me for not giving it full score here, but I also can’t give it a 1 out of 5 simply because I have to score it for what it is.

If you must have a SR-71 Blackbird in 1/72 scale this is what you get because this is the best kit out there that I know of. You can spend a lot of money on aftermarket parts and rework the outer body to look like the real deal, but out of box this is a 2 out of 5, and that’s because it’s such a legendary airplane and I think it deserves a redesign just like all the Me 262A out there, or the Bf 109G, or the Stuka… Spitfire… Mustang… etc etc. Sadly we haven’t had the same love for the Blackbird.

For my purpose this will have to do, and it does. 2 out of 5 is still a pretty good score for such an old kit, but it has some magical properties and I think it was those that scored it today?!