Posted By politisktinkorrektpappa on Oct 15, 2017 | 3 comments 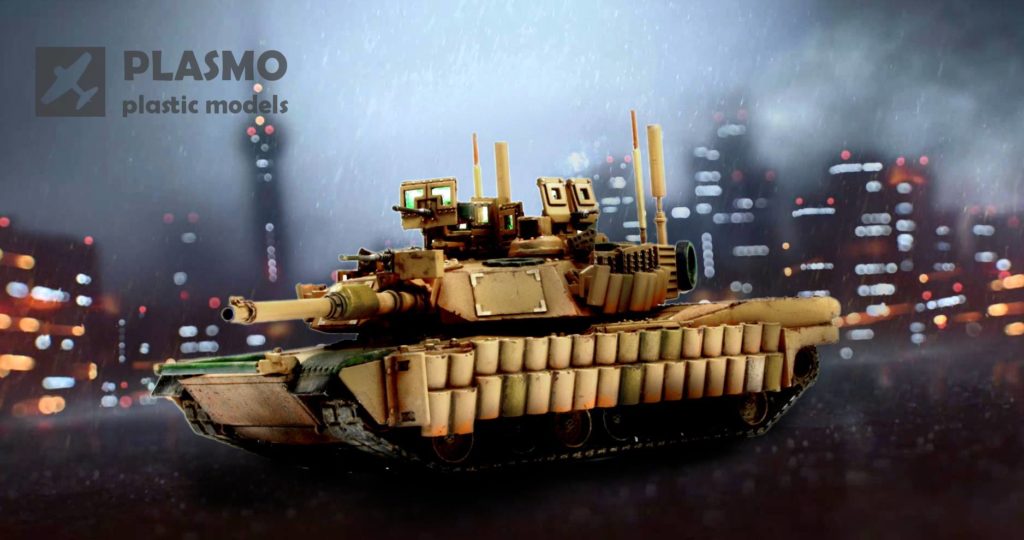 If you for some reason don’t know who David Damek is – our second featured modeller – I don’t know under what rock you’re living at, but you should immediatly head over to his youtube channel and prepare yourself to be amazed!

David goes under the name PLASMO – which is short for plastic models.
One of Davids trademarks are his engines who receives detailed upgrades on the fly as he’s modelling away, or cockpits that receive a similar upgrade. Often David is using thin wires to add electrical wires to engines or his trademark green putty that he’s seemingly just rolling between his fingers, poking it at bit with a toothpick or similar and before you know it he’s made a piece of interior in no time at all, that we others take forever to make – with precision instruments… I wish I had Davids skills when it comes to add detail!

He’s also known for working with 1/72 scale looking like it’s 1/32 scale – both when working and when finished! Amazing stuff!

David is also running a website at www.plasticmodels.eu where you not only can find some of his creations but also a tips & tricks segment. Since 2015 he’s been focusing on videos on YouTube and photos on Facebook, and that we’re grateful for because his videos are fantastic and well made, and the level of detail he shows is fantastic and we all can learn tons from his videos!

I think the first video I saw of David was an howto video where he took an ok plastic moulded wire spoke wheel and did a total makeover with real spokes… I had to watch it again to really understand what a fantastic job he did, and then I went through some of his older videos and begun following him.
He’s mixing his “normal” super detailed build videos with more direct videos where he focuses on a subject in order to teach us. This is gold stuff because here we’ve got a really good modeller who’s teaching his techniques and tricks! I only wish I was half as good…

Air planes is a speciality of David, although he’s equally fantastic making a scale model car kit look like the real deal – only if real paint looked that fantastic. He’s also a more than competent AFV modeller so it doesn’t matter what your preference is – there’s something for everybody at his channel!

I’ve been trying to make my own photo etch parts at home which shouldn’t be so hard since I etch a lot of circuit boards at home, but when David released a video on how he makes photo etch he made it look so simple and effective that I immediately changed my method to his one and I can today quite easily make any flat photo etched parts with his method. Even if you have no experience with etching circuit boards you should be able to get pretty good results by just following his video! The design of the photo etch parts can never be made easy though and I’ve spent hours upon hours trying to make certain parts that would’ve been much faster to just order on eBay, but it’s a great skill to have in the toolbox when you want to add detail.

I’m not a safety police guy and I often giggle when some people put on safety glasses and a respirator as soon as they are using a sanding stick – but when using corrosive acids to etch brass and copper I don’t laugh because it’s the smart thing to do. Gloves and eye protection is a must if you ask me.

A lot of my more advanced painting and modelling technique I thank David for. Sadly he makes it look too easy when it in fact is not, but a master painter of scale models he is!
Just take a look at these projects and you’ll know why! 😉

First a masterclass in building a

Or take it to the next level with a

Cars are very different than military air planes and tanks if you ask me, but David has got them covered too.

Impressive work being able to both pull off a realistic weathered aircraft and a high gloss sports car!

These were just a couple of Davids projects and stunning work, the rest you have to explore yourself!

There’s something for every modeller on his channel and you’ve certainly got a lot to learn from the young David Damek. I’ve learned from him that by adding just a couple of small extra details you can lift the whole model to another level. By cutting out certain parts only to glue them back in a slightly different position to give it life. I’ve certainly learned that hard work pays off and that 1/72 models can look fantastic if you know what you’re doing!

I know some modellers will initially be a bit depressed when they see how skilled and artistic David is and they know they are way behind skill-wise, but I hope these people learn from these videos because I’m sure that’s why David made these videos in the first place – to help others! He’s certainly helped me for sure!

Thank you David Damek, PLASMO, for sharing your knowledge and for teaching us modellers how to progress and take our work to the next level! At least we’ve seen you do it, even if we can’t pull off all of your tricks…

Now head out to David Damek, a.k.a. PLASMO on the links below!