Posted By politisktinkorrektpappa on Nov 16, 2017 | 2 comments 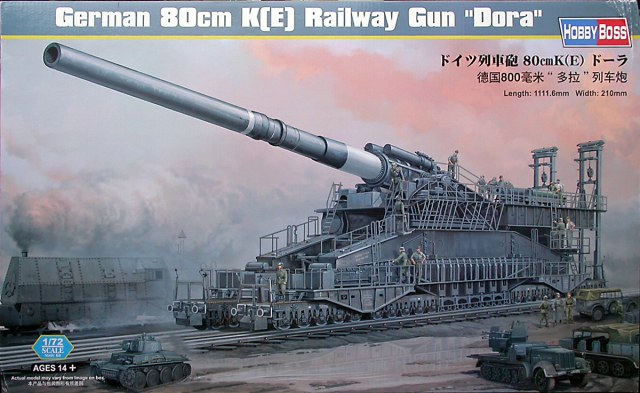 I’ve been looking at this model, and the 1/35 scale version, since the beginning of the summer almost every day. The 1/35 scale version is just too big, and possibly also too expensive, to build and put somewhere, but in 1/72 scale it’s a whole different thing. It’s still massive in size and require a lot of space, but it’s manageable and should be the centre of a nice railway diorama!

I can add some more tracks and an armoured train with cars, and let’s not forget the support vehicles and all the engineers and troops running the show. It’s the type of project that’ll take a very long time to build, and let’s not even begin thinking how long it’ll time to paint and weather… But as it’s soon Christmas this is my gift to me! 😀

First I’m going to finish the Entwicklungsfahrzeug Sammlung, and perhaps a few other kits I’ve got on the table of shame, but this is a project I’m really looking forward to build.

Since I’m some kind of collector of the most bonkers German kits out there this Schwerer Gustav fits right in!

It’s going to require a lot of paint and the biggest diorama base I’ve done to date.

I expect to start this project in spring. “Expect” that is… I doubt I’ll see it until January anyway since it’s going to take more than a few weeks to arrive from China, but damn I’m keen to get started so watch this space! 😉

So far the lineup/stash consists of: