Posted By politisktinkorrektpappa on Dec 4, 2017 | 3 comments 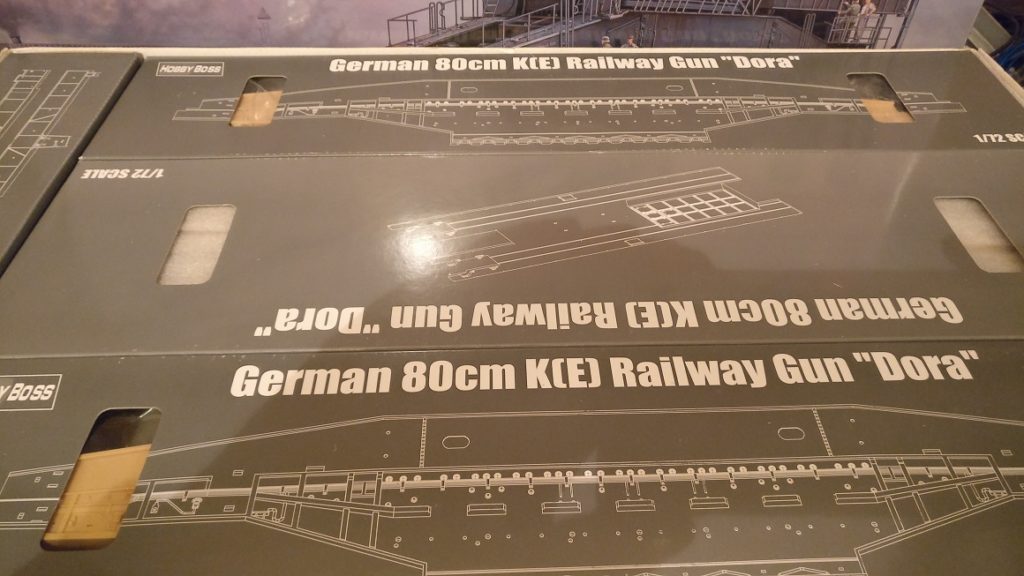 An early indication that there’s some repetitive work here… If you don’t like sanding wheels, this isn’t the kit for you! 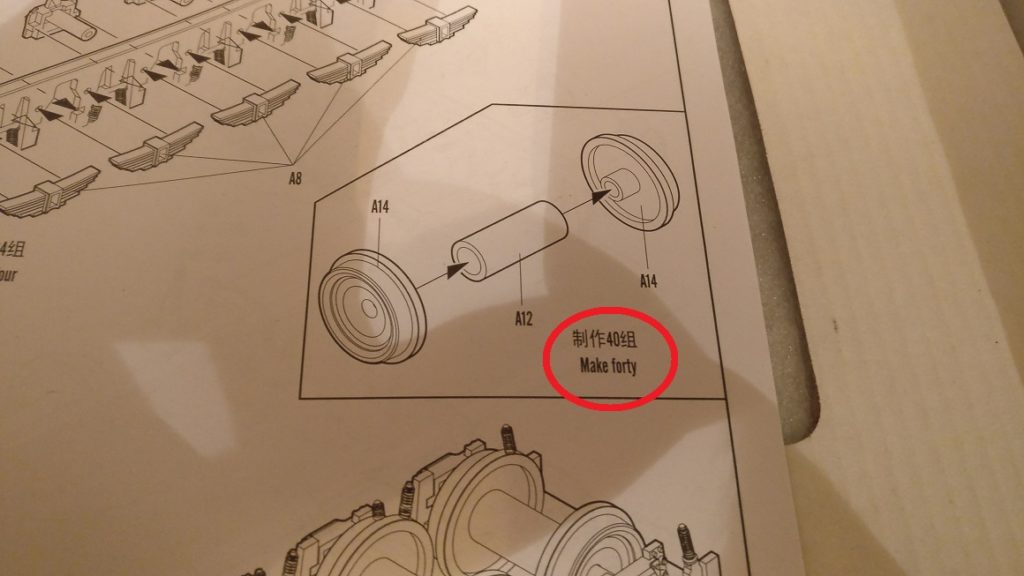 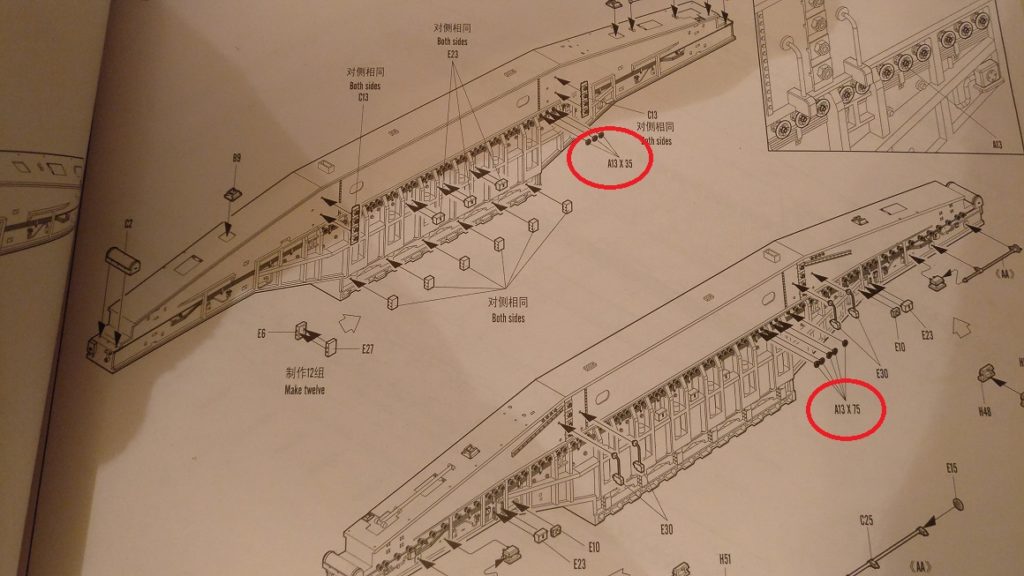 Every sprue is wrapped in protective foam and plastic bag. No broken parts like my last Dragon kit suffered from…
Everything here feels like quality and like it’s made by someone who cares. Well, they have to with the price tag it has. 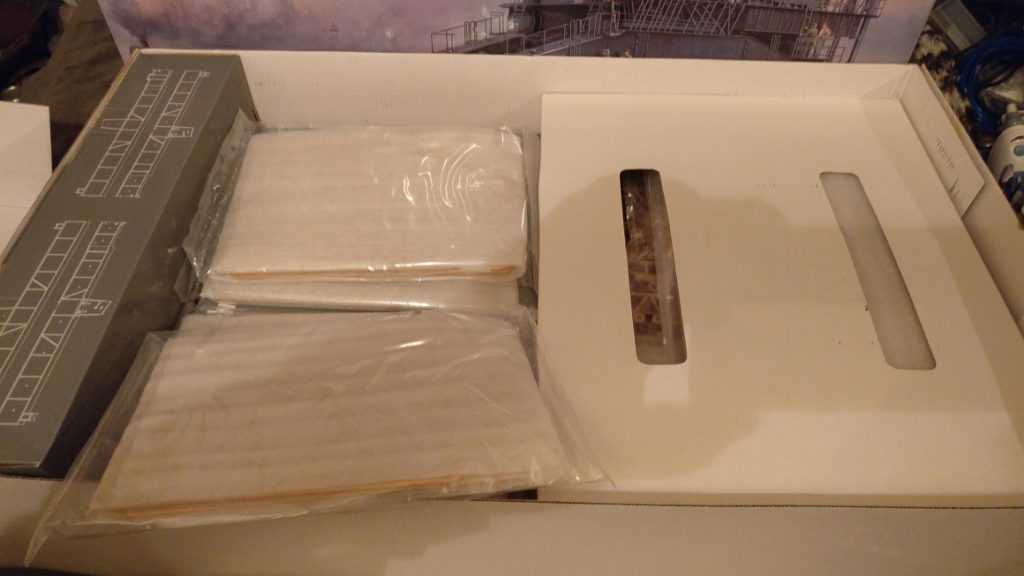 Here’s most of the box, behind a 1/72 scale Horten Ho 229 for scale. The perspective actually makes the box look smaller than it it, but trust me – it’s the biggest scale model box I’ve ever seen and I have no clue about the part count?
The box weighs several kilos just to give some perspective! 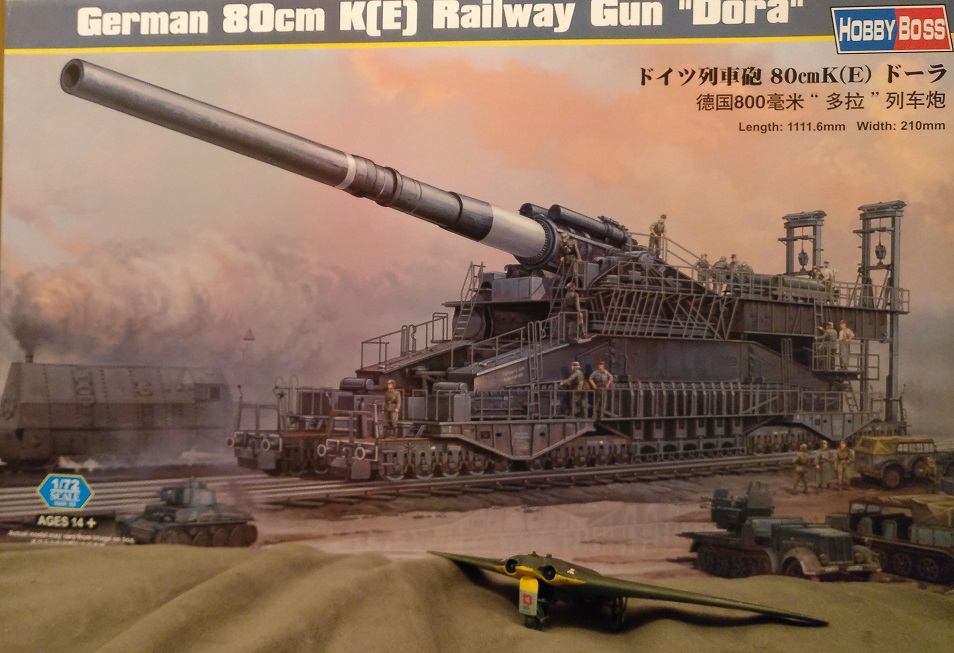 This is going to be a long term project as a diorama with the Schwerer Gustav in the battle for Sevastopol. More trains and tracks. Several Flak units. Support units and infantry. (I’ve got a whole list of kits that’s going to be included)
Just the Dora is 1200 mm long so the diorama will be at least 1500 mm wide, perhaps even wider? It’ll be housed in a custom built glass monter, as a furniture.
I expect the whole build to take up to a year or so to finish, depending on how long time the group build takes, and my other silly projects like the Entwicklungsfahrzeug Sammlung project…

Here is the project page!

I’m now fully booked for the next two years at least with my current stash so unless something extraordinary pops up, I won’t buy any more kits for a while – but don’t hold me to that 😉
This build is going to require a very large desk just to fit the pieces…

I’d be lying if I said I wasn’t keen on starting this build, but it’ll have to wait until I’ve worked off some of the backlog – and have set up a new dedicated build area just for this diorama! I really need to up my game in diorama building too this year but I’m practising on smaller pieces to get the skills required. I’ve only built 1/35 scale vignettes so far so I have to practise 1/72 scale too…