Posted By politisktinkorrektpappa on Feb 26, 2018 | 0 comments

It is here – The Year of the Panther! 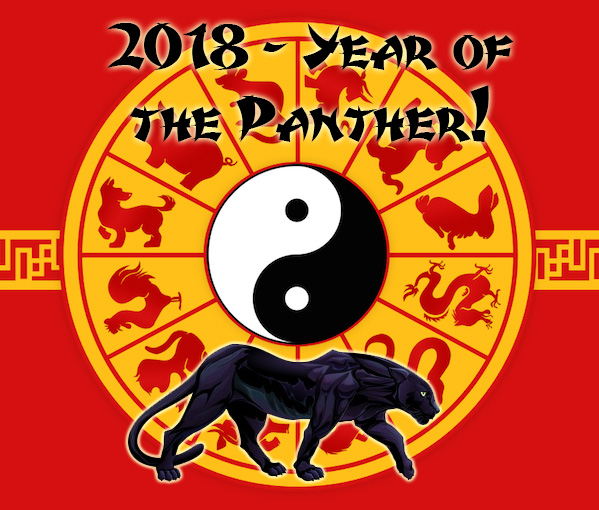 Ok, it’s not the Chinese calendar… It’s the modelling calendar!

Last year we got a few really exciting King Tiger releases and it was certainly a small trend that had started so when both Takom and Meng started hinting that they were doing a Panther, or several variants, the race was on and they weren’t alone either!
First to release a new Panther was Meng with their Panther Ausf. A late and I’d already pre-booked my kit from Japan so it was started as soon as January had begun since I was doing it as part of a GB. 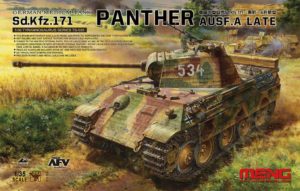 I like to research my subjects as and when I’m building them and it’s almost as big of a hobby as the actual build itself and I pick a real item that I try to recreate as good as I can, but not to the extent that I do “rivet counting” – or I at least don’t plan to anyway… 😉

Whilst researching the Sd.Kfz.171 Panther Ausf. A I found the book about the Panther by Culver & Feist – and it was out of production since 10 years back, if not more, and the 2:nd hand copies available on Amazon and eBay were silly expensive so I did my research elsewhere. With internet being so widespread today and just about everything is searchable it’s seldom impossible to find what you’re looking for – but to find all the nitty gritty details about one particular tank isn’t always a walk in the park and I still have several unknowns about my Panther Ausf. A 534.
The Panther book by Culver & Feist is just about to have a limited reprint of 500 copies – most which have already been booked so you better hurry if you want a copy! (see a previous post about it here) 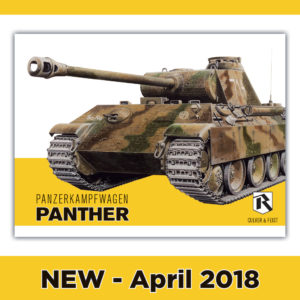 Building just one Panther isn’t enough to learn properly so I soon decided to make a couple. I’ve got the old & wonky Tamiya Panther Ausf.A since last summer which I finally decided to finish as part of this Panther frenzy. It’s currently in the corner of shame because I felt it was just too wonky and of poor build quality but I’ve since learned to deal with such kits and instead of feeling frustrated over it I see it as a challenge, and what I can do to make it better? I hope I can finish it this time… 😉

Whilst waiting for Takom to release their 4 Panthers Rye Field Model released their Panther Ausf. G with full interior – and transparent hull, and I quickly felt I wanted it because last year when I built the Takom King Tiger 505 with full interior it bothered me that all the work I did was only hidden in the end, and that kit actually resides in the corner of shame too because I just couldn’t decide whether I should cut it open, display it in various sections and disassembled or just as one complete King Tiger with every detail hidden forever?
With this Panther I can do all of them! I only have to decide how to mask the hull so the internals are visible. Great decision here Rye Field Model!
This obviously meant that I had to buy this Panther too… 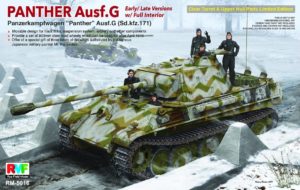 Takom has finally begun shipping their Panthers (Ausf. A) now, or at least the three first ones, but remembering my King Tiger I wasn’t keen on doing that chapter again – especially since the previous isn’t even finished yet, so I decided not to get a Takom kit…

…well, that was until I saw that they’re also releasing a Bergepanther!!!
So I’ve pre-booked the Takom Bergepanther Ausf. A and my little Panther research expanded into four different Panthers and there will be a lot of reading and doing research on each one of the original tanks I choose to replicate! 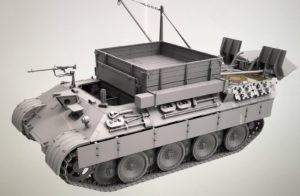 Academy is also doing a new tool Panther Ausf. G but it’s yet to be released so I don’t know much about it.
Many are also doing updated kits with changed parts like Hobby Boss and Dragon, but that’s probably just their usual changed parts & rebox strategy?

The Bergepanther is a pleasant addition to the field and I would like to see a Jagdpanther as well from one of these manufacturers if possible. I also suspect that Meng will release a “full interior” option soon like they’ve done with some of their other kits.

It’s also nice to see someone release a Panther Ausf. D since this was the first Panther to be built and used in action, and Meng is soon releasing this, but there are quite a few recent Panther Ausf. G available already so perhaps this wasn’t as sought after? I would like to see perhaps even a Panther Ausf. F with the Schmalturm released by someone? But now we’re almost in paper panzer territory although one Panther Ausf. G was fitted with a Schmalturm as a prototype. One Schmalturm resides today at Bovington Tank Museum, UK.

I just looked at scalemates.com and the list of 1/35 scale Panthers is getting really long now! It’s very nice to be a scale modeller today!

Are you also taking part in the year of the Panther festivities? If so, which one(s) will you be building, and why?