Posted By politisktinkorrektpappa on Mar 12, 2019 | 0 comments 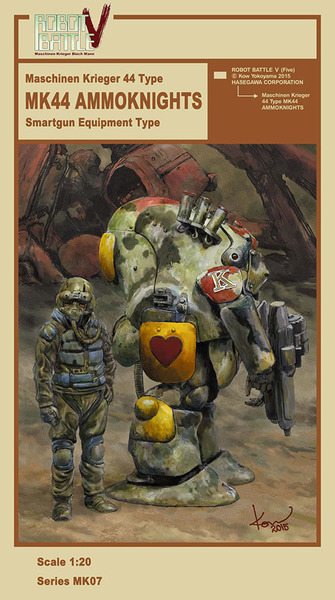 I’m late to the game with regards to Maschinen Krieger and the somewhat strange lore behind it but I have bought a handful of kits that I will review the coming days. Haven’t built one before I picked what I thought was a simpler kit to begin with to do a quick OOB build but I was very wrong it being a “simple” kit?!

I was eager to start the build so I forgot to take “unboxing photos” but I’m sure there are plenty of sprue pictures out there if you want them. I did take a couple photos during the build, and honestly they say a lot more about fit and quality than just looking at a pile of sprues! 😉 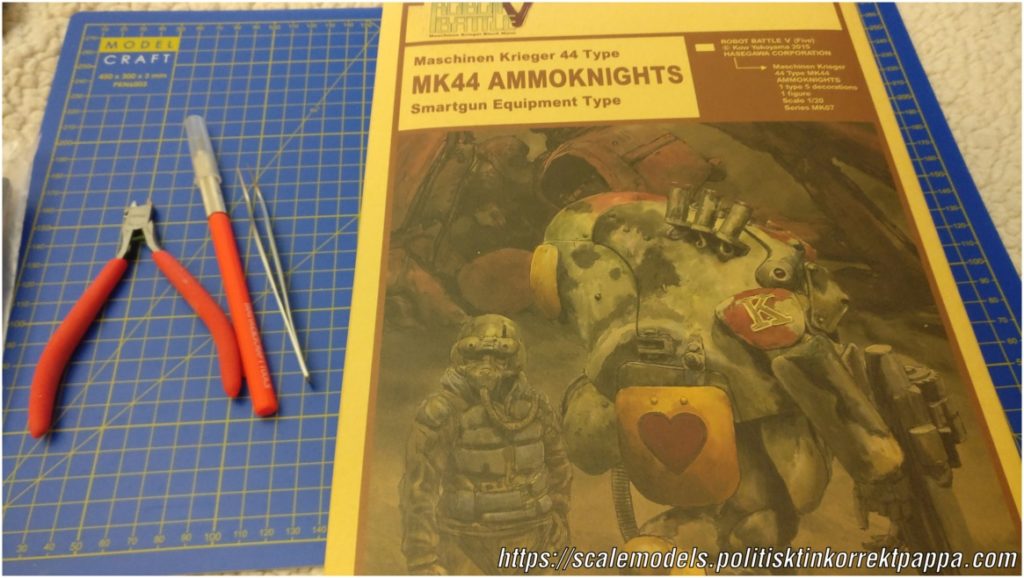 As a predominately tank builder I haven’t built any Hasegawa kits before so I had to get used to the type of plastic they’re using, but it’s very similar to Tamiya plastic so no worries there! It’s important to know how the plastic behaves because someone I recently talked to had a pretty major issue with a Meng kit where the track pins crumbled when he used odourless thinner (white spirit) when he weathered the tracks… He wasn’t exactly impressed but the track pins hardened up again after they dried and cured so nothing broke, but an important reminder that you have to test the plastic whenever you have new paints and weathering products!

Hasegawa are obviously of the same school as (modern) Tamiya and other Japanese manufacturers because the sprue quality is next to none! Not a single slither of flash to be seen anywhere and the fit is as good as you can get with thermoplastics! The sprue layout is also well thought out so you don’t have to have every sprue out on the table for each sub assembly… This can be a bit of a pain when you do something with interior and the parts are almost placed randomly on the sprues… Here it was well designed.

I’m certainly no expert on Maschinen Krieger but having had a look in at the kits I own they are pretty simple to assemble. No unnecessary parts and several parts are snap fit, i.e. no cement is needed. I believe some Ma.K. kits doesn’t require any cement whatsoever but not the Hasegawa kits. Many of the kits are articulated and movable/pose-able which makes the painting procedure a lot easier since you just snap the sub assemblies together afterwards, not risking ruining the paint with cement.

I’m the type of modeller that loves to research my models trying to find out as much as I possibly can before building the kit and this will often delay the build quite a lot, but we all have our own reasons for the hobby and I discovered that it was as much fun doing research for a specific tank e.g. in order to make an as accurate recreation as possible. With Ma.K. this just wasn’t possible since they all are made up…
I found a compilation of the lore that someone had made but honestly it didn’t really say much and if you ask people who do Ma.K. modelling the common mantra is that you can do whatever you want – as crazy as you want, because there are no rules when it comes to Maschinen Krieger! 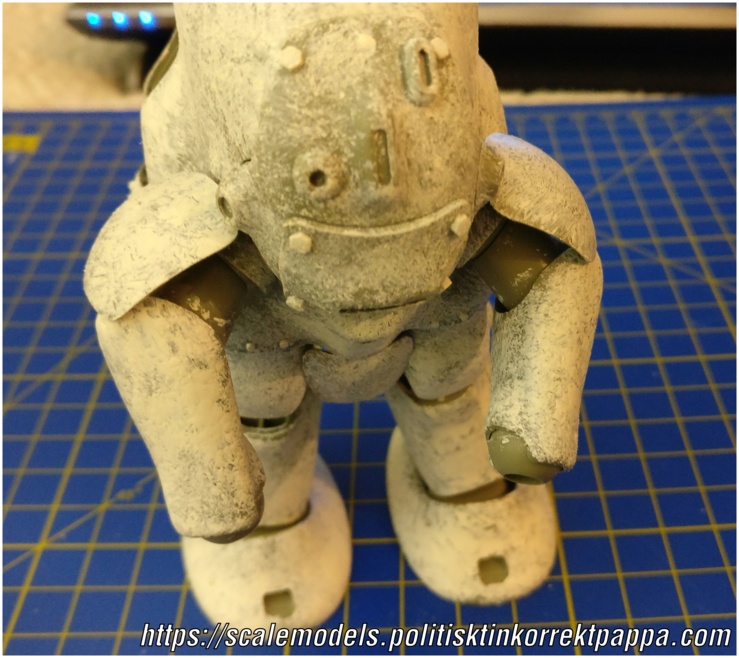 The MK44 Ammoknights comes with a few options in the kit. Some parts you can choose which ones to use, or not at all. You can have a gun in one hand or use another hand altogether. It comes with one figure for use in the kit and one in standing pose to use in a vignette/diorama and the kit itself really begs for superdetailing if you want. I had to stop myself many times from adding scratch built parts because I wanted to build my first Ma.K. OOB to get used to the style and philosophy but the next one I’ll go crazy on, that I can promise!

The instructions are fantastic and the paint scheme callout card is a collectable in itself, just like the kit box. Very well done!
The decals are crisp and looks like superb quality but as an armour modeller they look a bit alien to be honest… I’ll get used to it though. I probably won’t use any decals on this kit – both because I’ve given it a cast texture by stippling the surfaces with putty and a brush and sometimes decals don’t conform too well to that, but also because I want to paint the markings since I’m not used to working in 1/20 scale and I find everything being HUGE here so making my own masks shouldn’t be too difficult.
It’s just an experiment with something very different that what I’m used to, but I’m having a lot of fun building it and I’m happy I was convinced to give it a go!

From a pure technical quality this is easily a 5 out of 5 kit! It simply doesn’t get any better than this with regards to sprue quality and fit. Perhaps they could’ve included a few more options in the kit but the origins of Maschinen Krieger is a true kitbash saga where Kow Yokoyama built his original SF3D models from whatever parts he had lying around so have a dig around in your parts bins and see what you can come up with?!

Here are some “work in progress” pictures.

I’m taking a break from building tanks to build at least 3-4 Ma.K. kits in a row because I can focus on just the build and be as crazy as I want with both colours and weathering – and imagine all the vignettes you can make with these…