Posted By politisktinkorrektpappa on Mar 14, 2019 | 0 comments 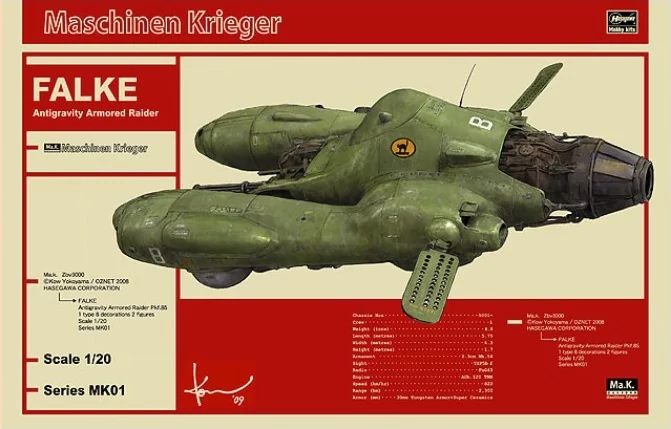 Getting started on my first Maschinen Krieger (see previous review, MK44 Ammoknights) I was both curious and eager to find out if all of these Hasegawa Ma.K. kits are of such high standard or if I was just lucky randomly picking the MK44 Ammoknights as my first to build so I cracked open this box and started to go through the sprues and did some dry-fitting of the larger parts and I’m still smiling 😉

What’s getting obvious after having peeked under the lid on all of my Hasegawa Ma.K. kits is that they are only made of as many separate parts that are needed, i.e. no separate parts unless there’s a reason, and this is actually welcome if you ask me after have built a few “Full interior” kits from Takom where a lot of the parts could’ve been moulded as one piece rather than a whole pile of tiny bits?! Ok, I do appreciate where you have a choice to replace certain plastic bits with better suited metal parts etc but it’s as easy to snip off those parts to be honest…

My only worry after opening this kit was the two body halves. They are really huge and I’ve had some bad experience in the past with warping and shrinkage, to the point where it’s beyond reasonable. The body halves have tiny holes and locating pins to make it easier to cement them together which is a nice feature – and a quick dry fit confirms my hope that there’s zero warping nor distortion because the fit is perfect! Don’t get me wrong here about being picky about fit issues because using “basic modelling skills” to fix minor mould issues is a skill we all modellers should have, but i prefer well fitting parts 7 days a week – every week! Bad moulds in 2019 shouldn’t even be an issue! Ok, kits from the 70’s and 80’s are a different story and you are already prepared before opening the box to use a lot of “basic modelling skills” to even stand a chance of putting the kit together, long before you even start to fill in cracks and seams, and using near boiling water to bend things to shape… Heck, sometimes I even like the challenge of taking a wonky kit and making it work! But honestly, most of the time I just want to sit down with a well engineered kit and spend my time on being creative rather than fighting it and these Hasegawa kits have so far really been top notch! 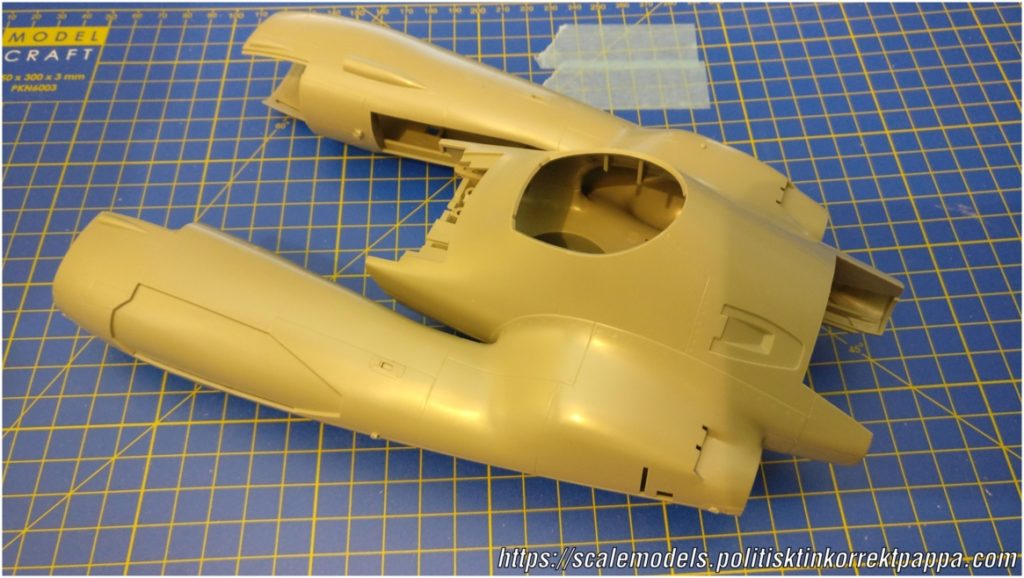 Compared to the MK44 Ammoknights kit the Falke has a lot fewer parts. There’s no articulation which makes it less complex, and they’ve moulded whole assemblies into just one part to make it easier (?) and to ensure a high quality product. That’s my guess anyway. This doesn’t stop you from superdetailing your kit, quite the opposite actually because Falke is such a kit that really screams superdetailing! The body has beautiful curves that needs nothing extra but the jet engine sticking out the back just begs for a real dig around in the parts bins to add extra detail and wiring and I’m sure this is where I’m going to sit for many evenings just trying to make something realistic and plausible, yet bordering on over the top… :p

This is going to be a great kit to work on whilst waiting for other things to dry etc. Add a few details here and there, and use real wires to give it a much more realistic look. Knowing when to stop is going to be the hardest part with this kit I think… I’ve already got an idea for a paintjob and that’s to give it a classic Bf 109E yellow “nose” and mottled body. Perhaps this has already been done a hundred times before, although I hope not, but it’s either that or to give it an old Ferrari 250 SWB look, albeit futuristic?! That I’m sure has been done by others so for now I’m sticking to the Messerschmitt style – subject to change obviously 😉

The kit comes with two figures. One pilot in sitting position and a female crew/mechanic. For me as a mostly AFV modeller female figures are as rare as hens teeth so this I really appreciate! It’s not a skimpy, half nude figure either like some of the Ma.K. addon figures I’ve seen everywhere on eBay, but just a regular woman. I wouldn’t mind getting one of those beautiful Ma.K. girls from eBay too at some point since that seems to be part of the lore/philosophy/style but the anime ones with big eyes and even bigger ti… erh… hmm. Those ones I don’t get at all?

Anyhow, the figures are ok but they are smaller than the figures that came with the MK44 Ammoknights, despite both being 1/20 scale?

UPDATE: The calipers have been out and I’ve been crunching the numbers and if you factor out thicker clothes etc for the MK44 guy the difference in size is well within the norm for human beings. By measuring facial details, fingers and arm lengths is how I realised that it wasn’t so out of scale as I initially thought. My bad and this is a good example on how the eyes can play you a trick and that you should always measure before making any conclusions! My bad… 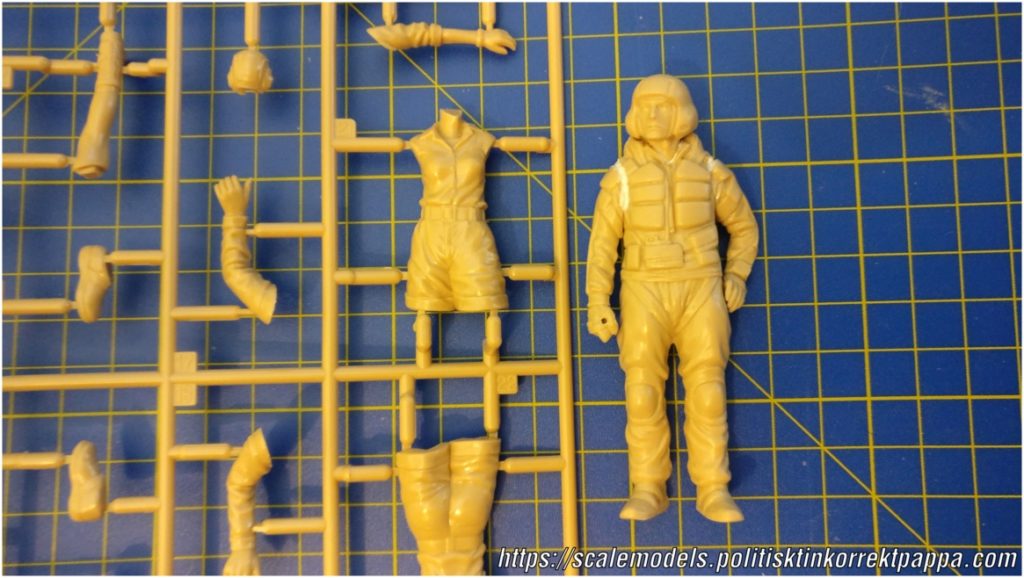 Decals are looking crisp and detailed as usual and the callout card is fantastic! I assume people collect these?

What’s the verdict then? I’ve only started to assemble a few parts so I could start tinkering with the engine and add a lot of details and it’s not as crisp and bordering on perfect as the MK44 Ammoknights sadly. Not far off but not there either. This is an earlier kit made in 2009 and my MK44 was made in 2015 – perhaps Hasegawa has worked harder on the later kits? Who knows.

It is a very nice and simple kit that should suit everyone who loves to paint and weather. It should also suit both AFV and airplane modellers since it’s something between in a weird way?! I can’t give it a 5 out of 5 simply because that’s reserved for those kits that simply are the best of the best, but a strong 4 I can easily give it!